Ready for another adventure?

We will be arriving in Western Australia in no time!

Just remember, they are exactly 12 hours ahead of us.

So don't be surprised if you experience jet leg.

In this blog post, I will be taking you with me on my journey throughout the Western Region of this beautiful continent. 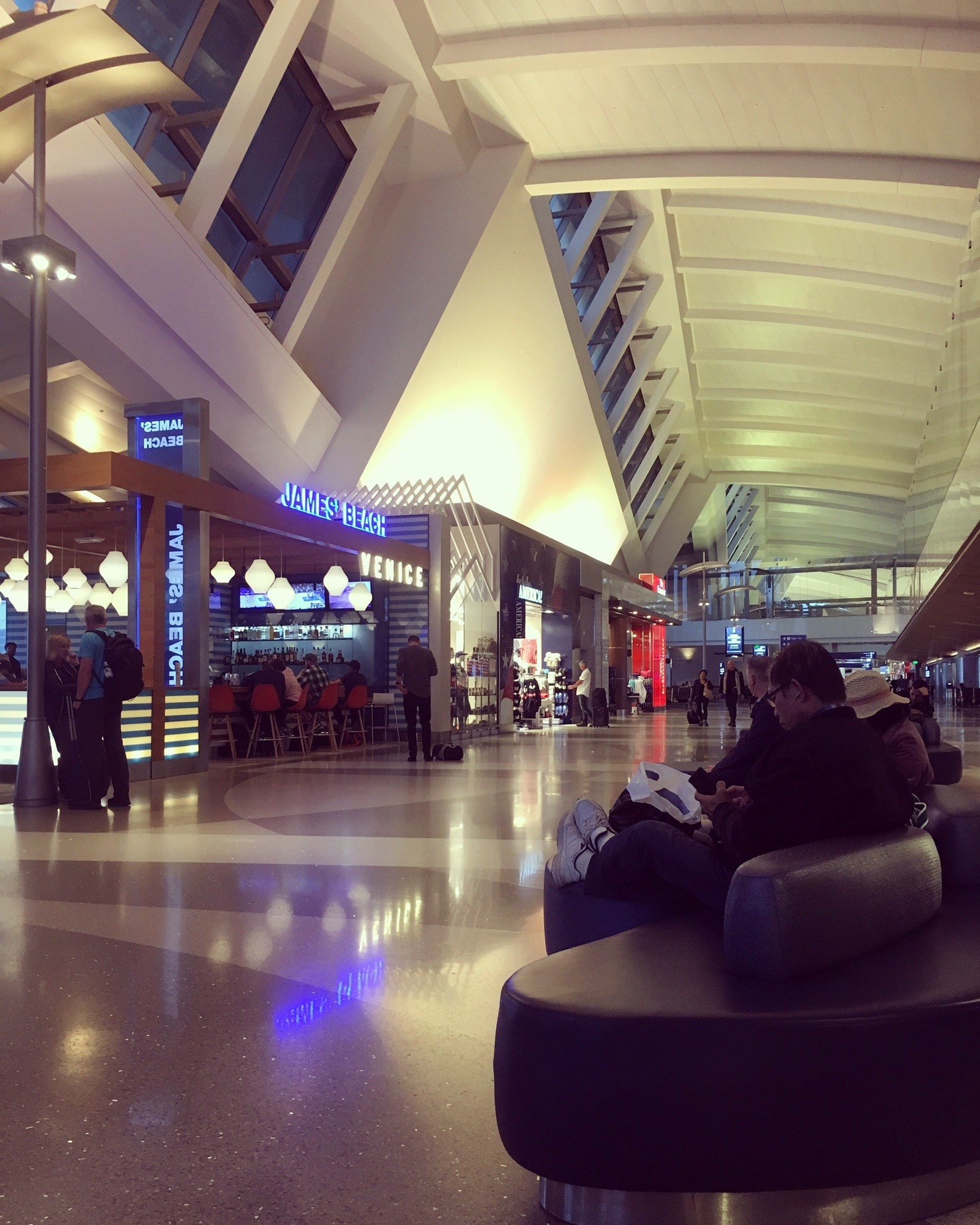 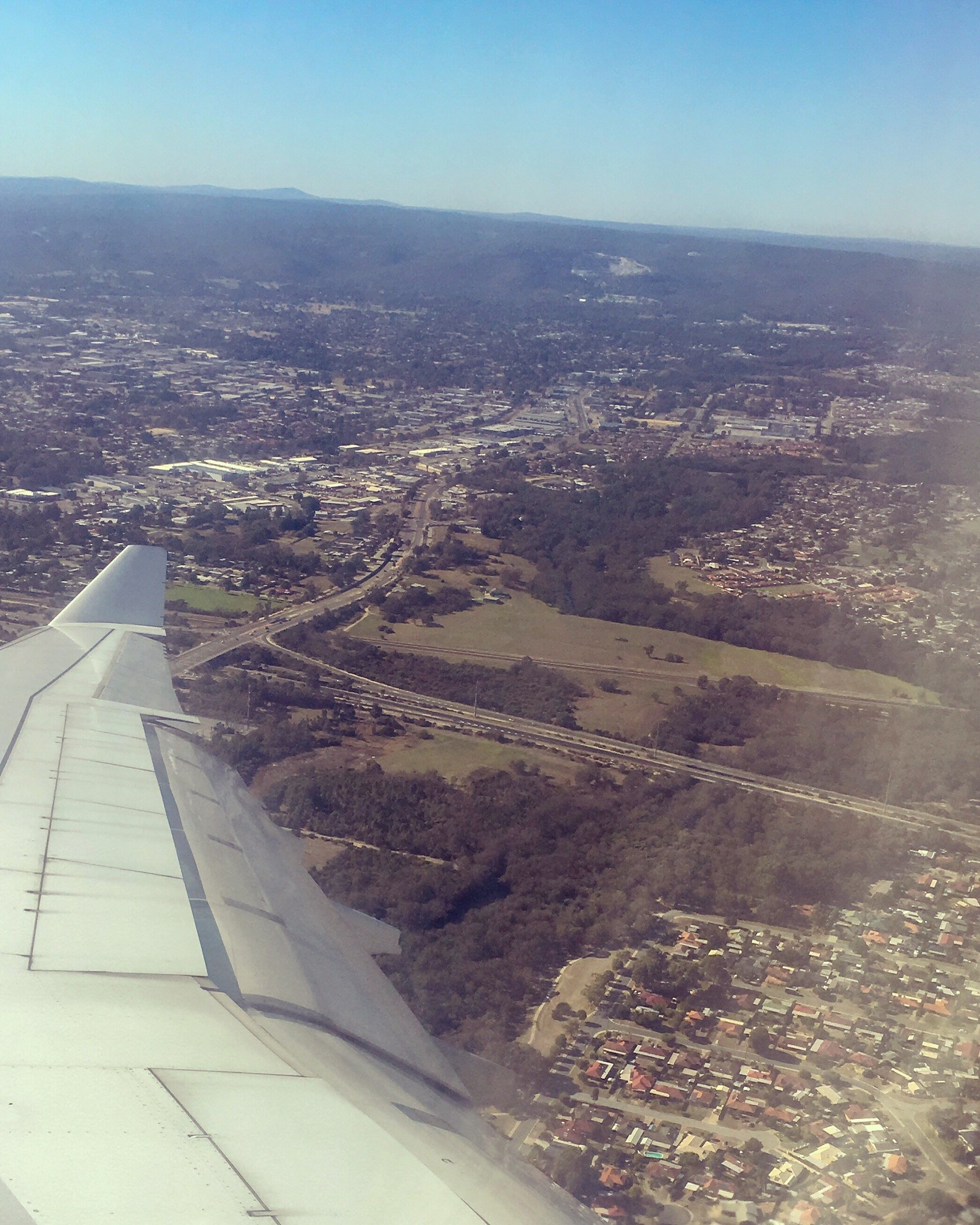 Welcome to the "Land Down Under".

First things first, keep your eyes on the lookout for kangaroos.

They can appear out of nowhere!

I was told that they can be quite dangerous, especially if you were to hit one with your vehicle!

So let's try not to do that, shall we?

It is similiar to hitting a deer over in America.

I'm sure you'll find it to be rather amusing.

Have your International Driving Permit handy?

This is something that is required if you are wanting to drive over here in Australia.

Are you prepared to sit in what is known as the "passenger's seat" over in America to drive?

You will also have to drive on the opposite side of the road.

This is something that you will have to get used to.

Trust me, you will become a pro in no time!

Are you a fan of roundabouts?

If not, I feel sorry for you.

You will see them everywhere!

Something that you will also notice is that speed limit signs and speedometers in vehicles will be read in km instead of mph.

One other thing that you will need to get used to is Australian currency.

I have to say, their currency is very colorful!

Quite the opposite of American currency, am I right?

You will quickly begin to realize that Western Australia is much more laid-back then Sydney or Melbourne.

It usually takes a while for the West to build some of those popular businesses, a great example would be Starbucks.

Sydney and Melbourne both have a Starbucks.

Dôme Café is a great place to check out if you love coffee as much as I do.

These cafes can be found all over Australia, similiar to Starbucks in the states. 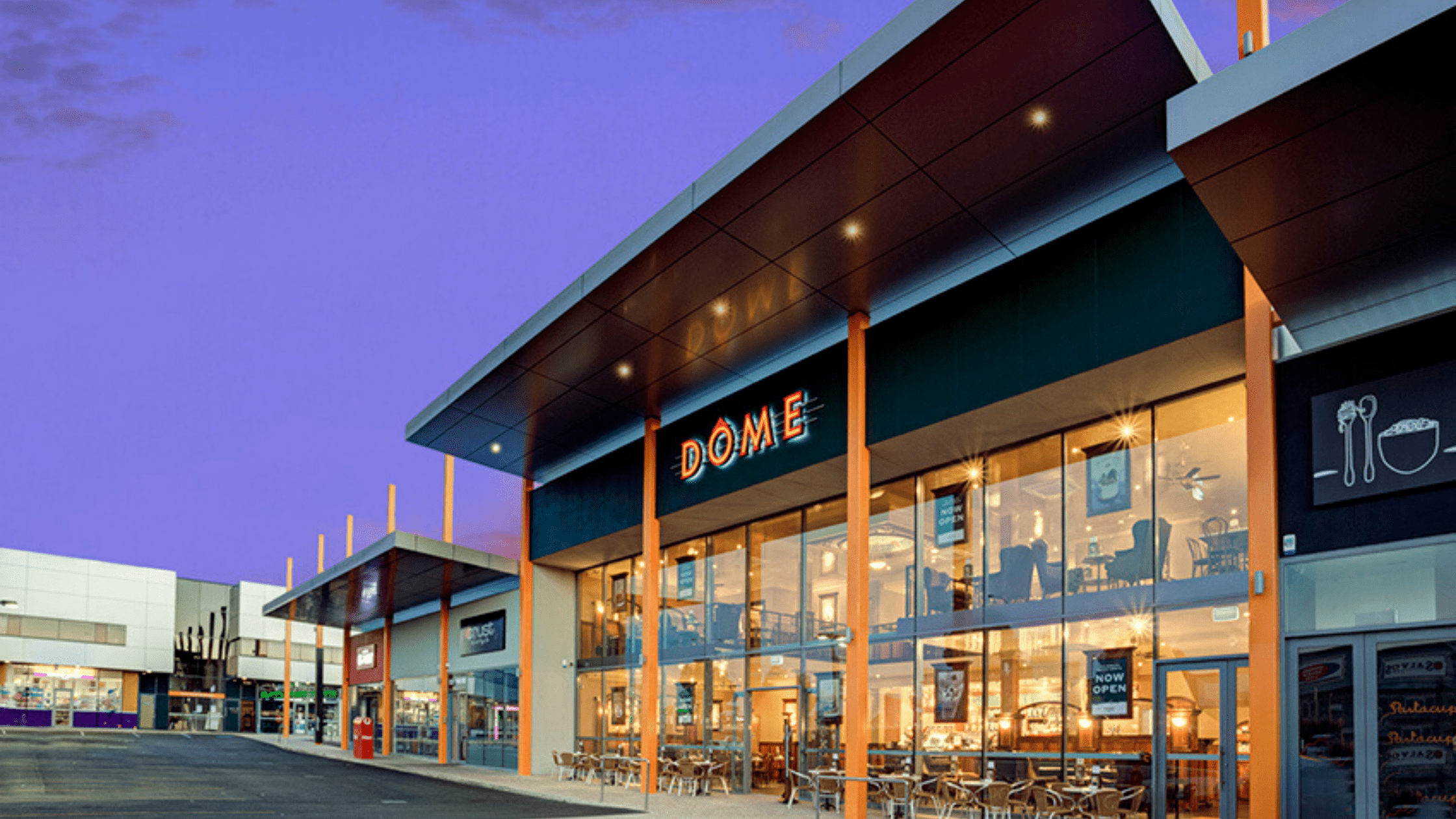 Some popular stores you will want to check out are Target, Woolworths, Coles, and Kmart.

I know what you're thinking, Kmart, really?

Kmart over here in Australia actually has a vast variety of items.

Target, on the other hand, doesn't carry items that you can find in the American stores.

So, if I had to choose between the two, it would have to be Kmart.

Here, is where you can get your groceries if you're needing to stock up.

Now that you are familiar with some of the local hotspots and tourist information, let's head on over to Rockingham! 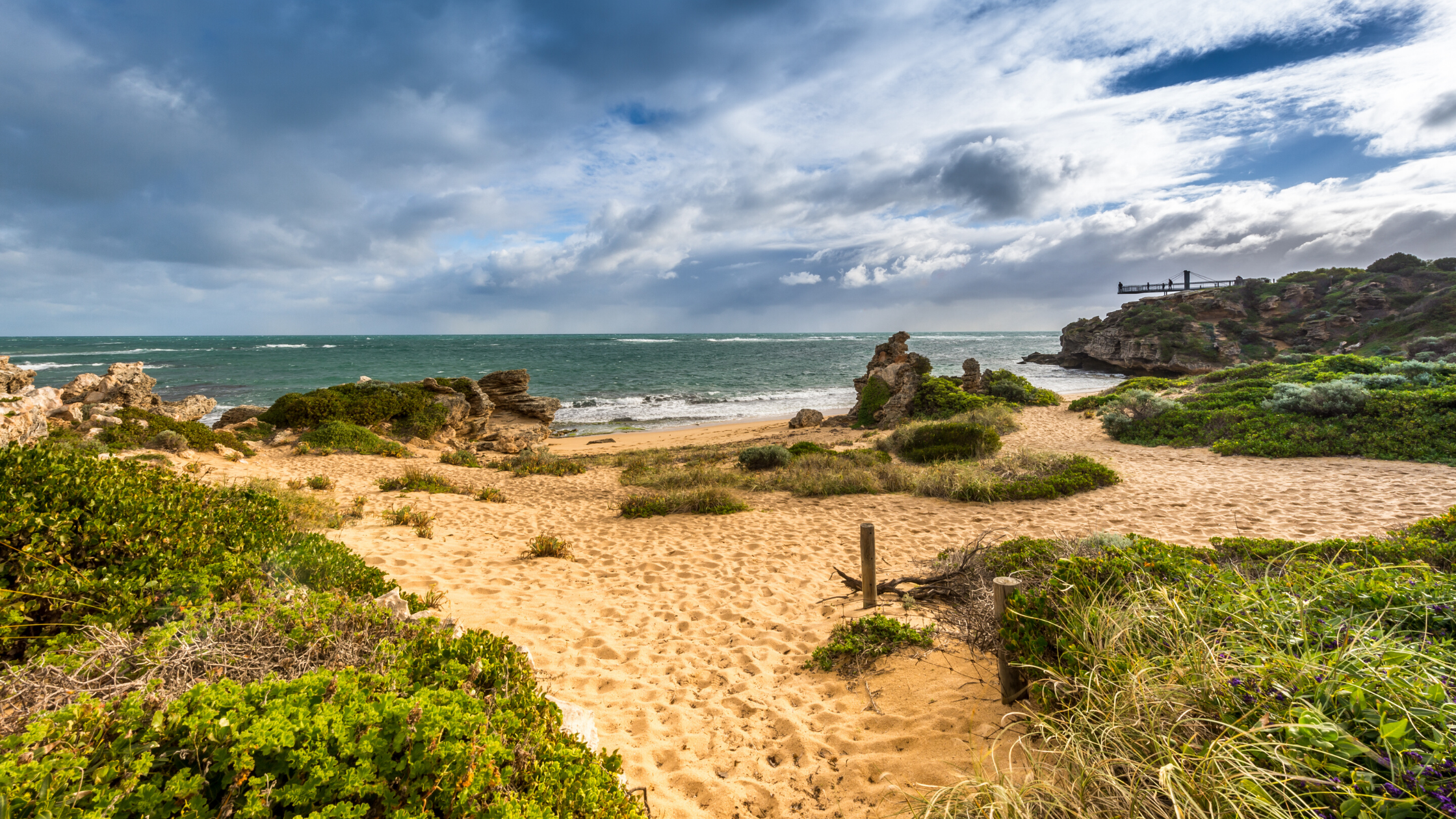 One of my all-time favorite places that I go to for a morning or evening walk.

The scenery here is unforgettable.

So many beautiful rock formations can be seen here.

Any guesses on this blog's feautured image location?

If you guessed Point Peron, you're correct!

Let me share with you a brief history lesson about this place.

Before the arrival of the Europeans, the area was initially inhabited by Wajuk Aboriginal language group members.

William de Vlamirgh was the first known person to explore the coast around Rockingham in 1696 while he searched for the lost ship, Ridderschap van Hollandt.

He also named Cape Peron, which is now know as Point Peron.

In 1829 Captain Stirling explored the area and wrote that at "Buache Island we found fresh water by digging in the sand. I had a well made, fifty yards from shore, and it was instantly filled with water."

Stirling made the decision that Garden Island (he renamed it) would be an appropriate site to establish the first settlement in Western Australia.

The city of Rockingham received its name from the sailing ship named Rockingham.

This ship was just one out of the three vessels in which Thomas Peel chartered to carry settlers to Western Australia (the others were Gilmore and Hooghly).

You may have wondered why I wrote the date the way that I did.

This is the way that Australians write it.

Ever heard of "Penguin Island"?

We will be heading there next!

This island is located in Rockingham, so it shouldn't take us too long to get there.

Before we get onto the ferry that will take us to the island, let me tell you some things about it.

Penguin Island is a 12.5 ha island located off the coast near Perth, Western Australia, approximately 660 m from Shoalwater.

A colony of nearly 1,200 little penguins call this their home.

This is known to be the largest population of the birds in Western Australia.

Shoalwater Islands Marine Park is made up of the waters surrounding the island.

Ready to head out? 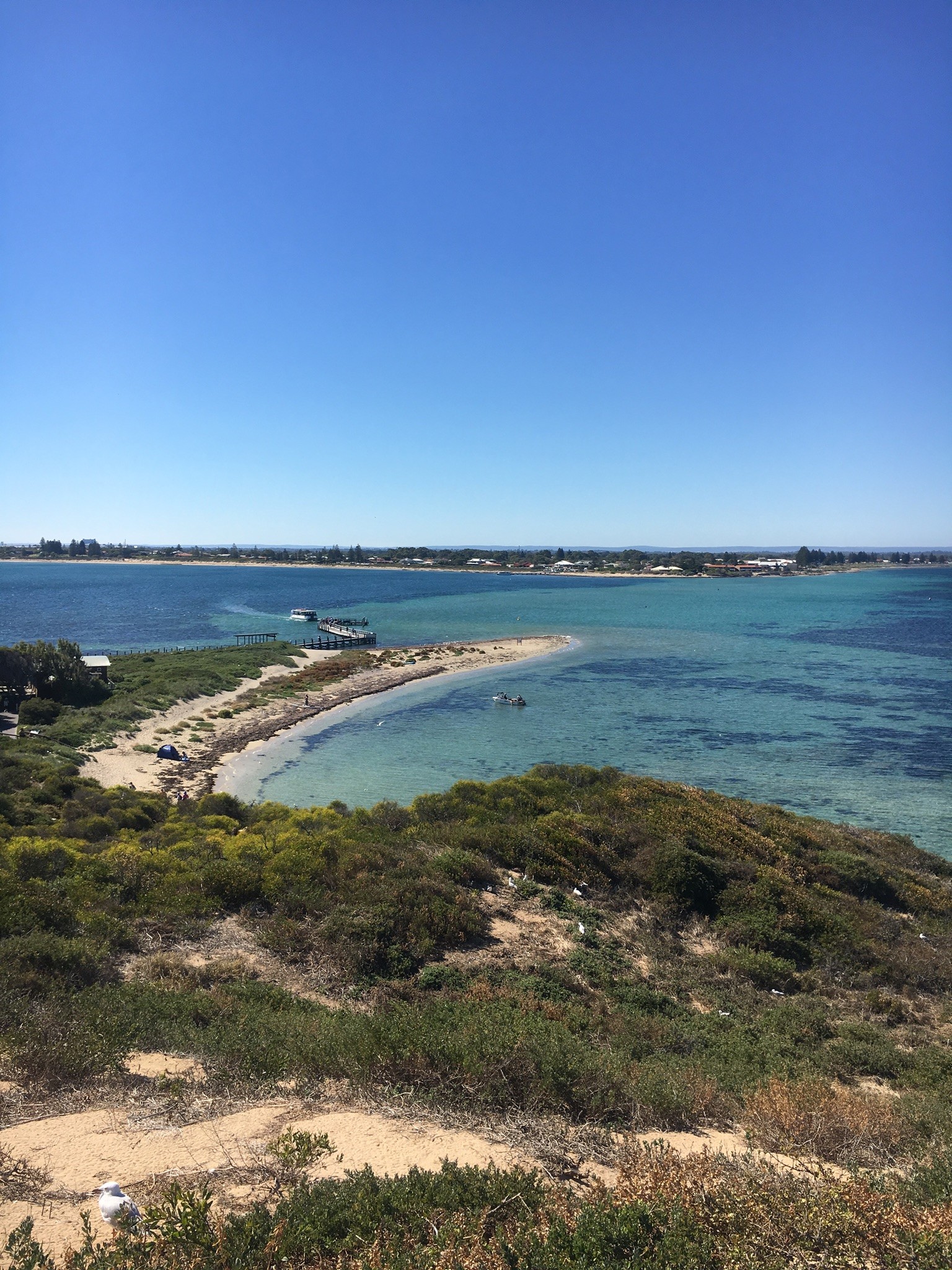 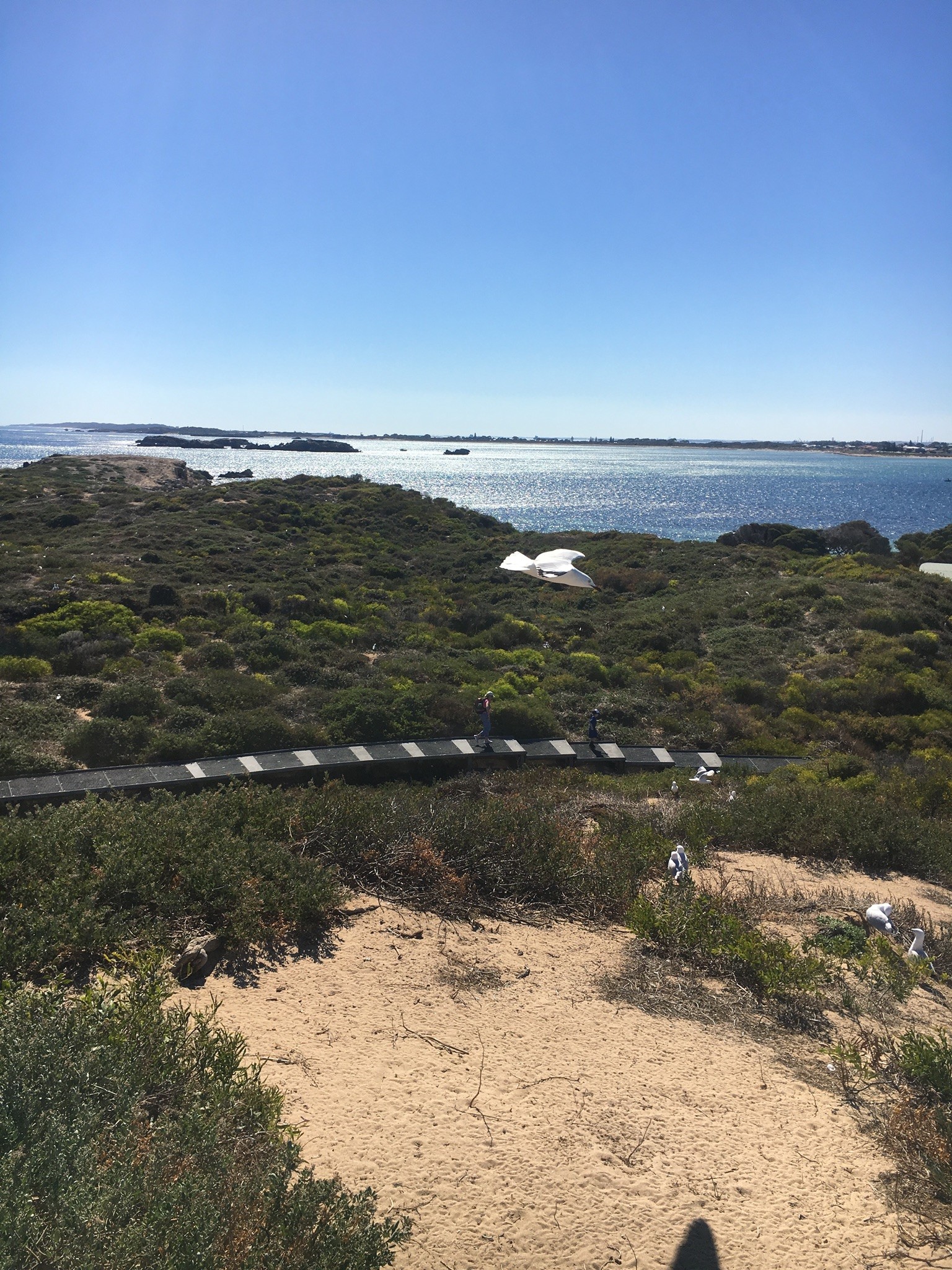 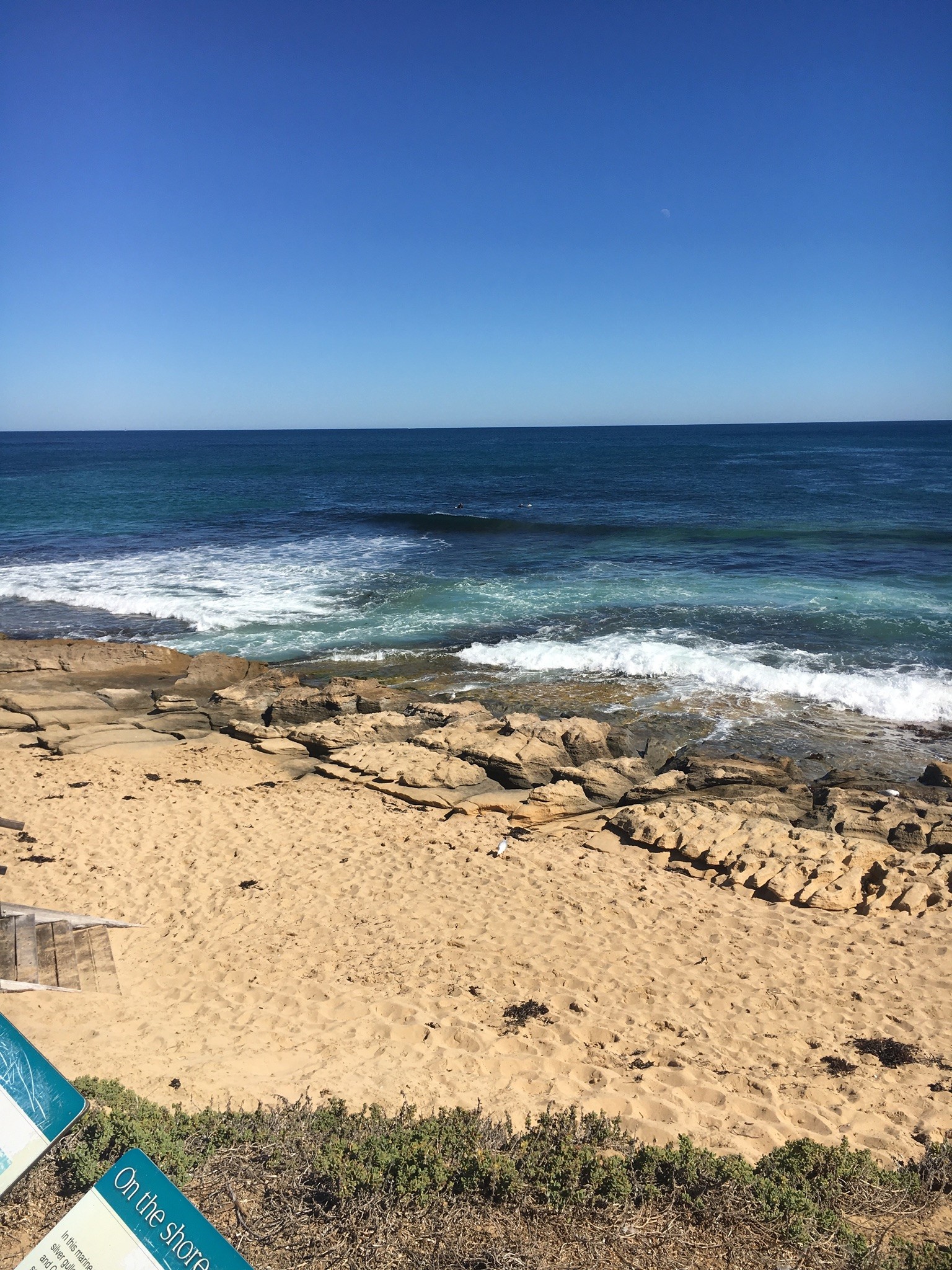 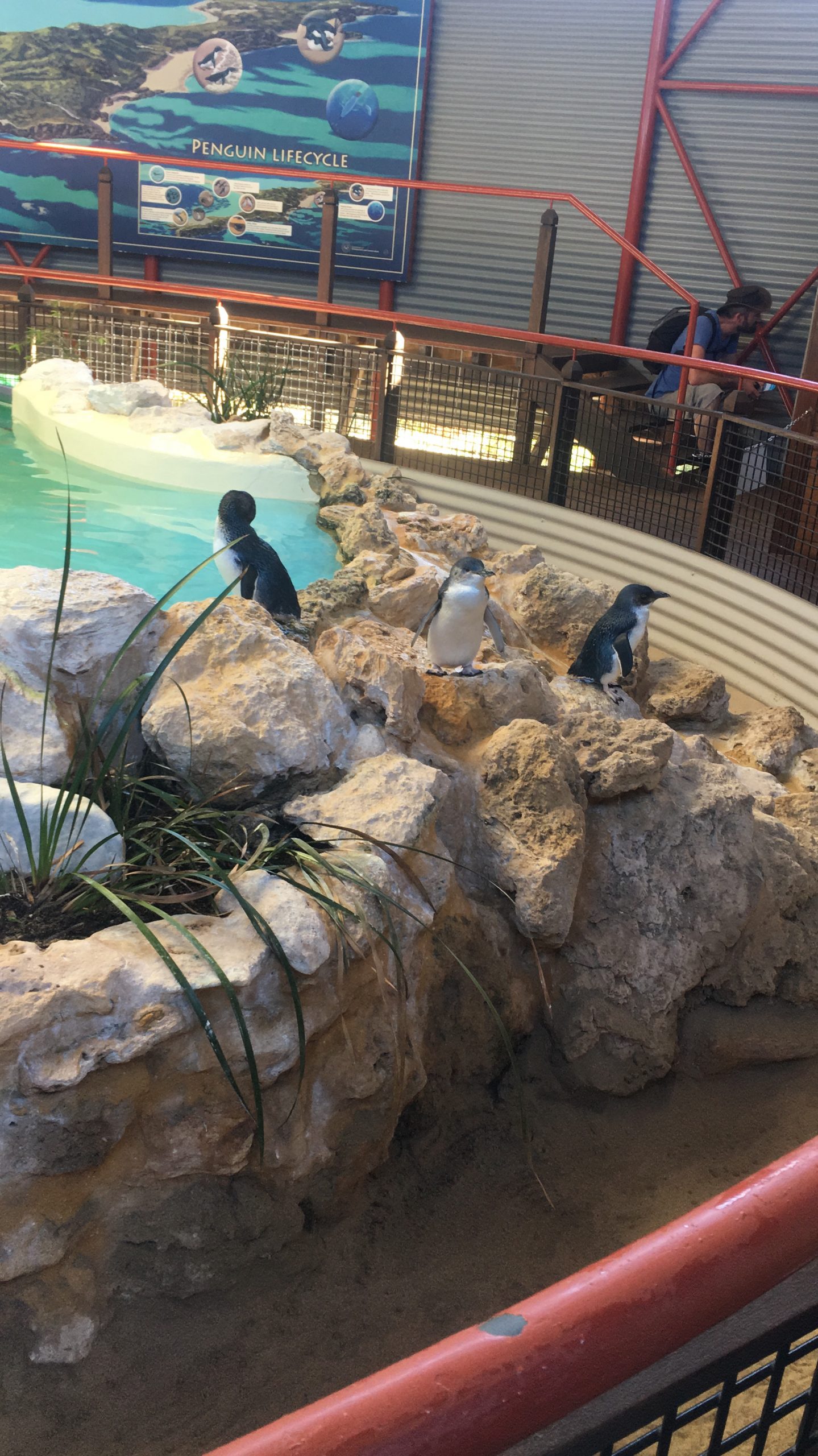 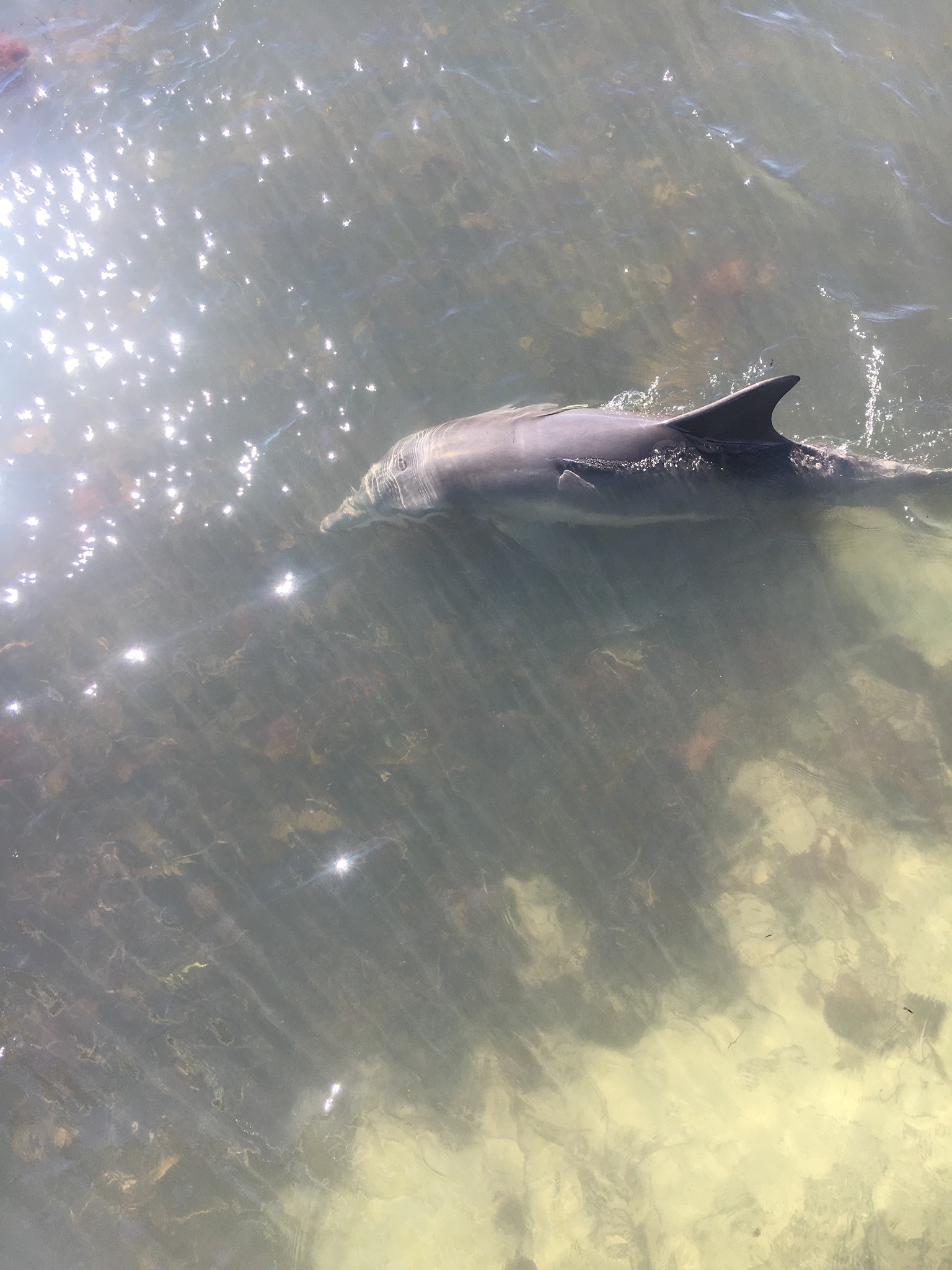 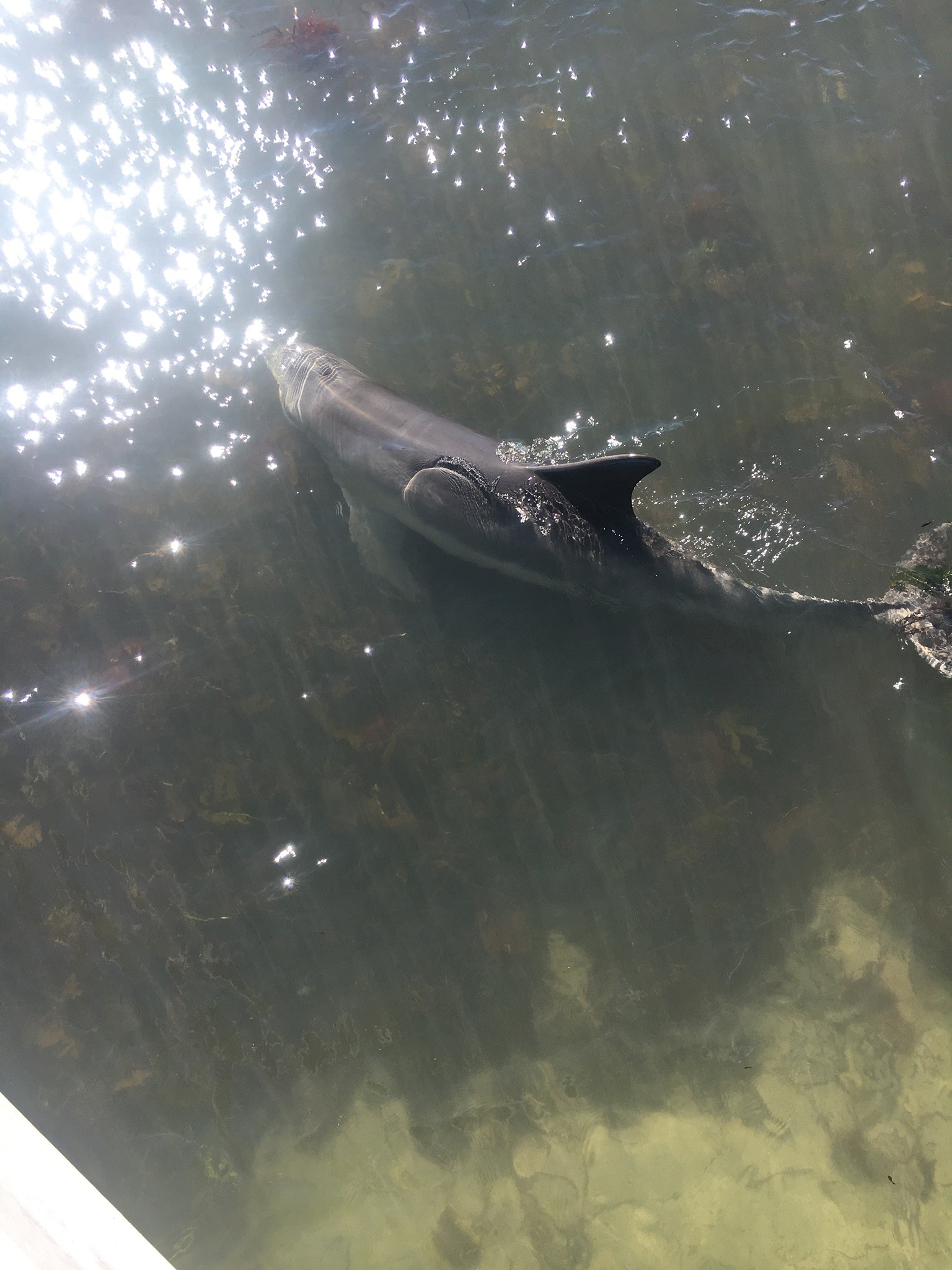 What did you think?

Penguin Island sure is a great place to check out if you are in the Rockingham area.

There is so much to see and do.

You will end up learning a lot as well!

Now that we've checked out one of the popular attractions in Rockingham, why don't we catch the train and head to Perth.

So glad you made it! How was the train ride?

Taking the train is a great form of transportation here in the city.

Perth is the capital and largest city in Western Australia.

Before we start our adventure around the city, let me give you a brief history lesson on Perth.

Stone implements that have been discovered near the Swan River suggest that Mooro (site on which Perth now stands), has very likely been occupied for around 40,000 years.

In those Aboriginal Dreaming stories, the Wadjuk people (subgroup of the Noongar), mention the Swan River (Derbal Yaragon) and landforms surrounding having been shaped by two Wargal (giant serpent-like creatures), which resided under present-day Kings Park. 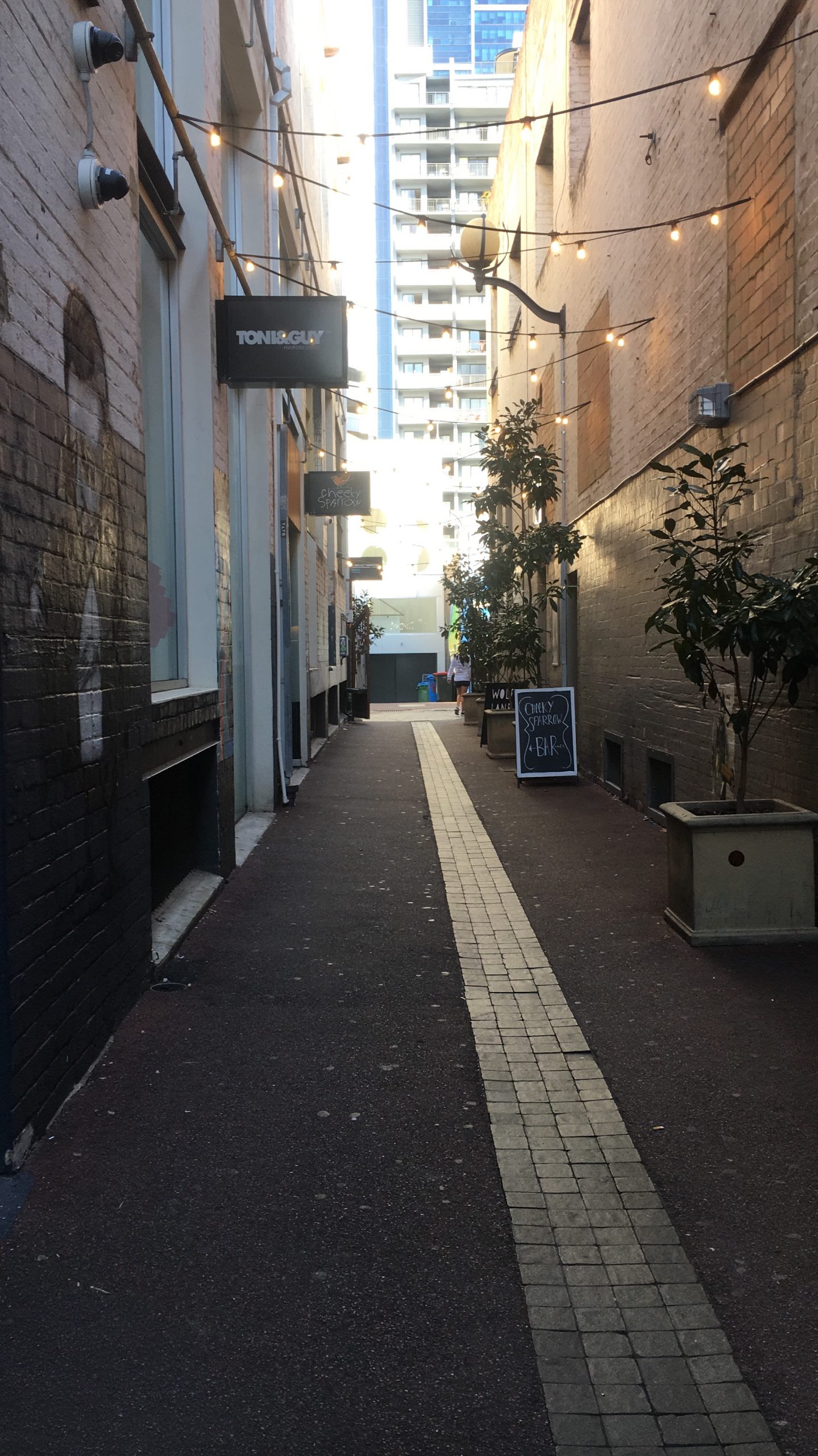 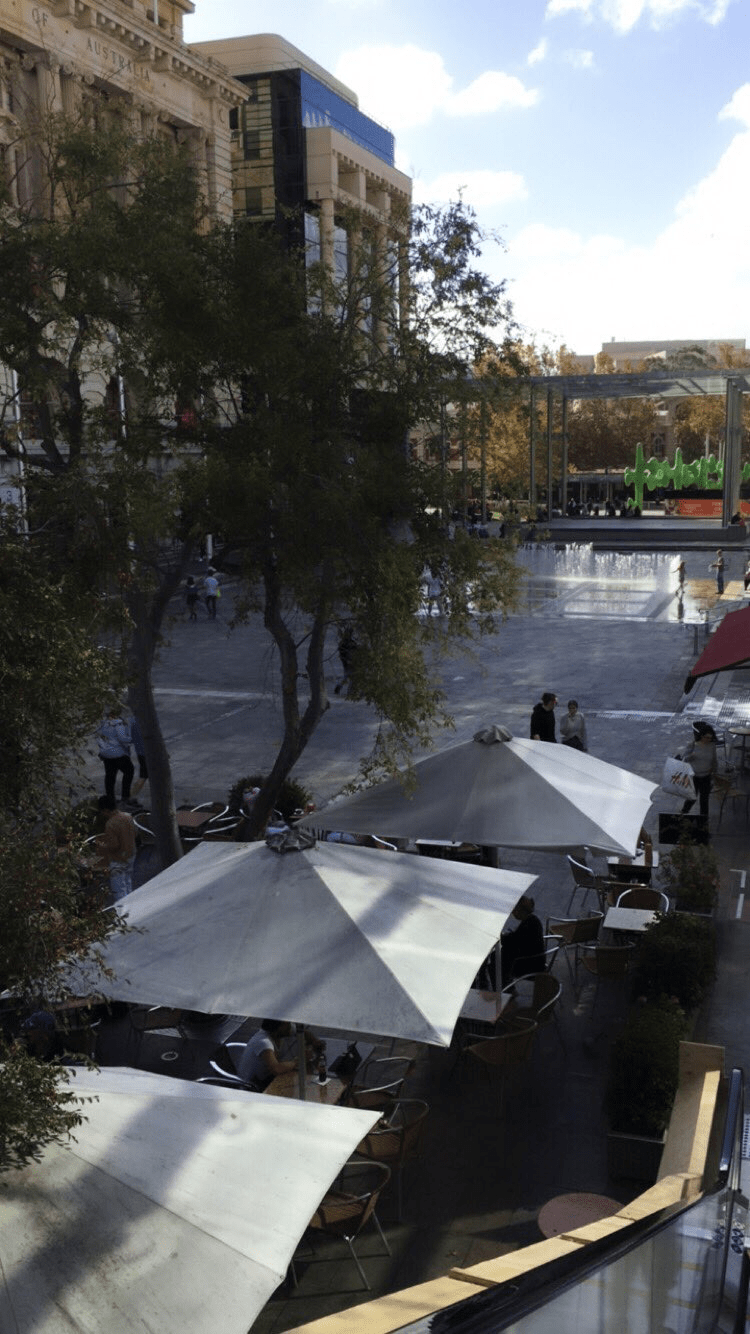 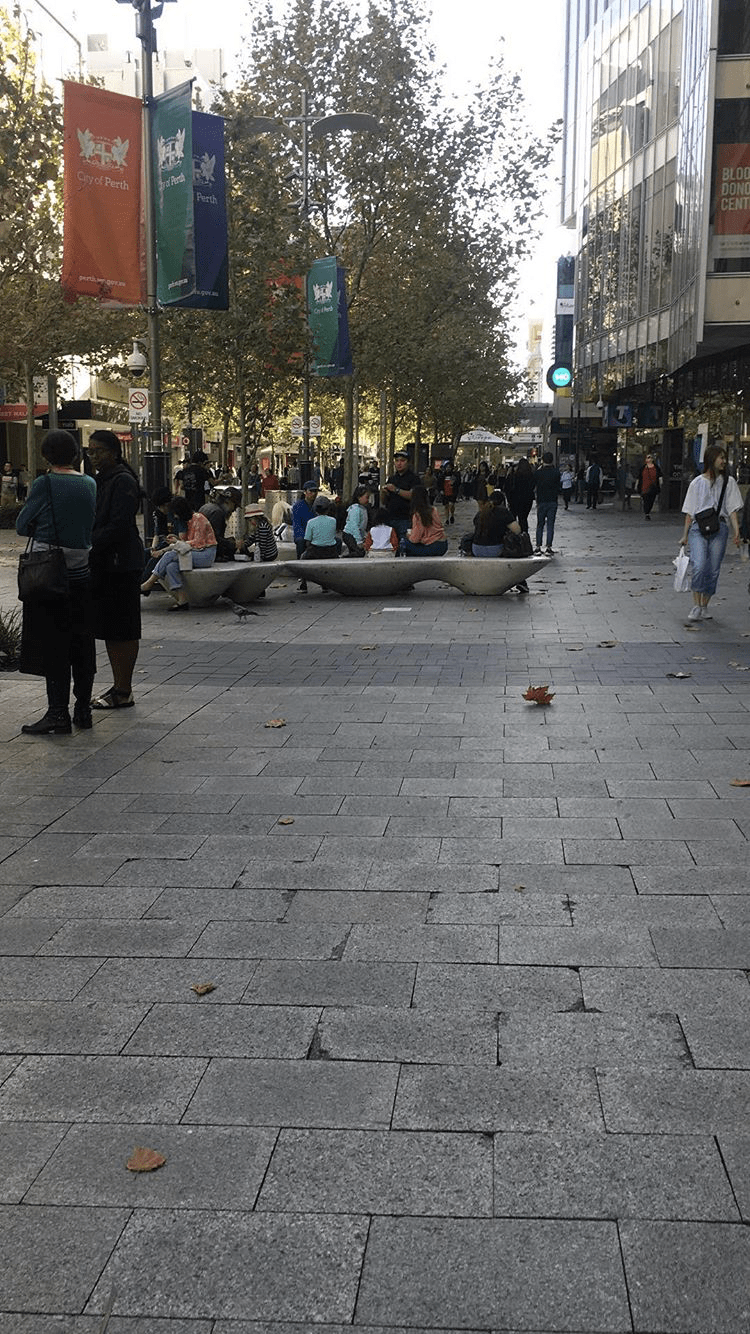 The main settlement was named after the Scottish home town of the British Secretary of State for the Colonies.

Original settlers paid for their own passage and also for their servants.

They received 200 acres for each labourer that came with them.

There is so much more that goes into the history of Perth, but we will stop here.

Ready to start our adventure?

One of my absolute favorite places in the city.

If you want to take a break from the busy city, this place is a great escape.

Kings park is a 400-hectare park that overlooks Perth Water as well as the central business district of Perth.

The park is made up of a grassed parkland, botanical gardens, and natural bushland on Mount Eliza.

Two-thirds of these grounds are conserved as native bushland.

The park offers panoramic views of the Swan River and Darling Range.

It is called home to over 324 native plant varieties, 215 known indigenous fungi species, and 80 bird species.

Kings Park has been recognized as being the most popular visitor destination in Western Australia.

Over 6 million people visit each year!

Besides tourist facilities, the State War Memorial, the Royal Kings Park Tennis Club, and reservoir can be found here.

Trees line the streets with individual plaques dedicated by family members to Western Australian service men and women who lost their lives during World War I and World War II.

Fauna (both native and imported) can be found in the park.

During the month of September each year, Kings Park is the host of Australia's largest wildflower show and exhibition - the Kings Park Festival. 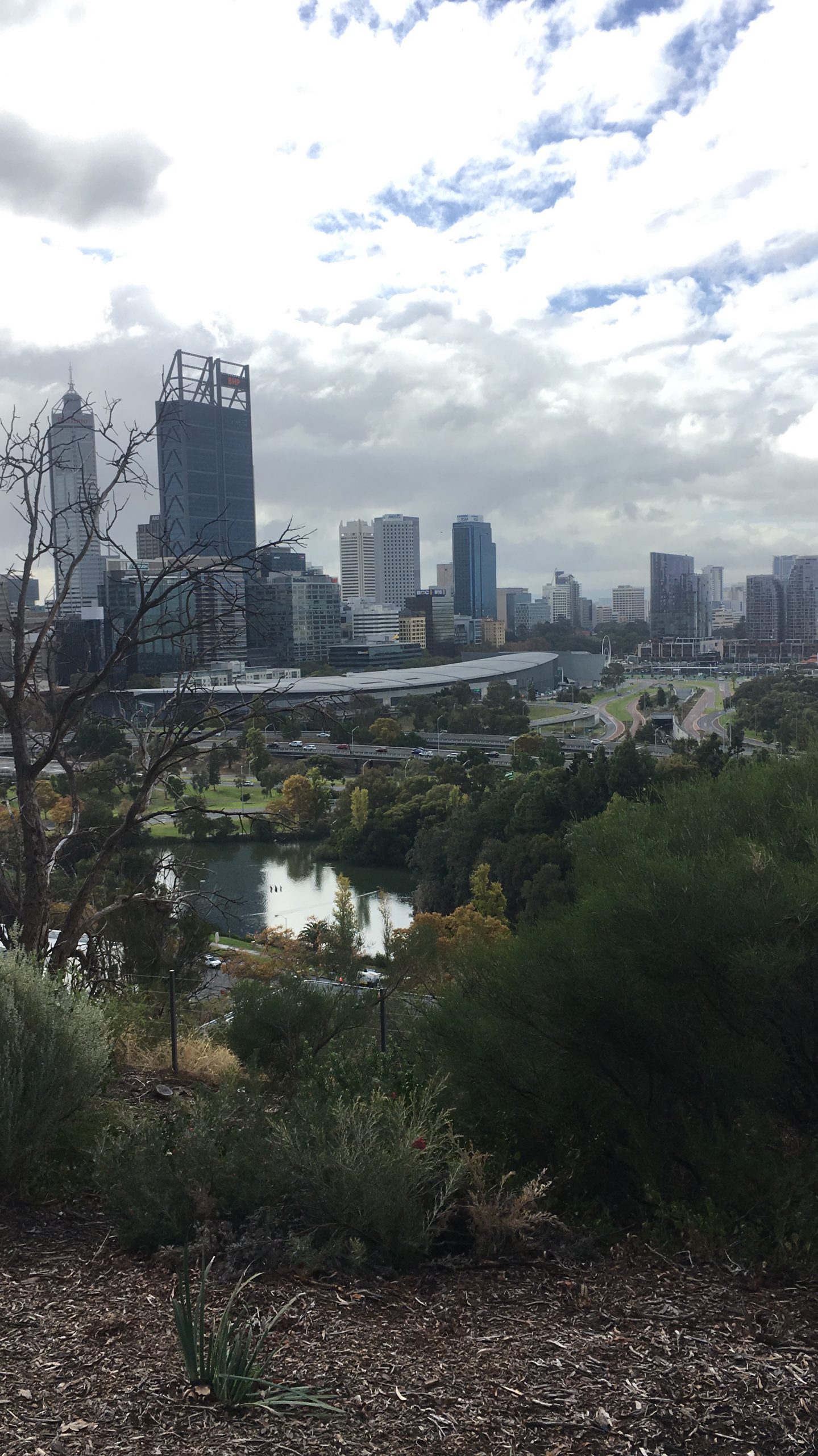 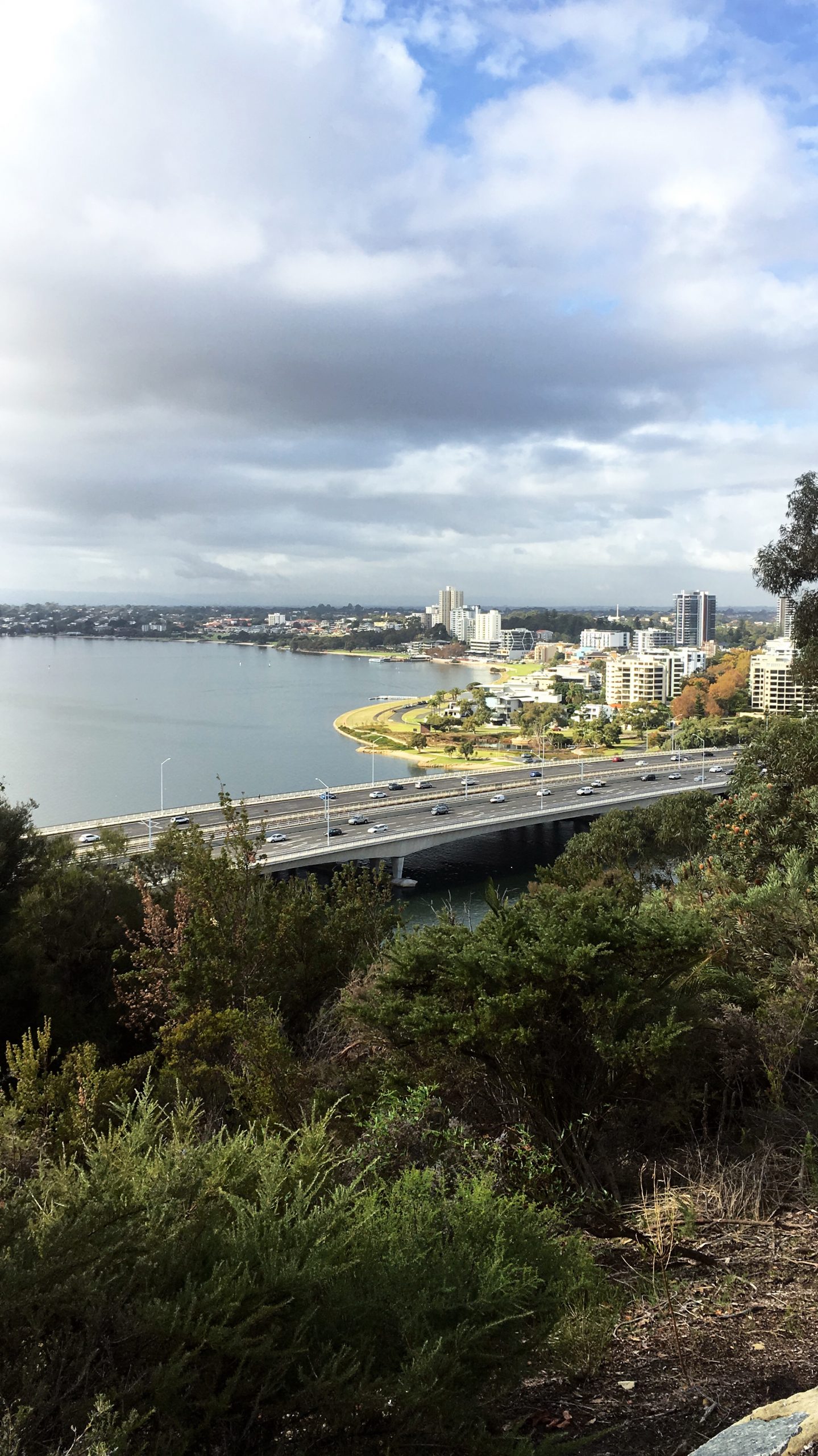 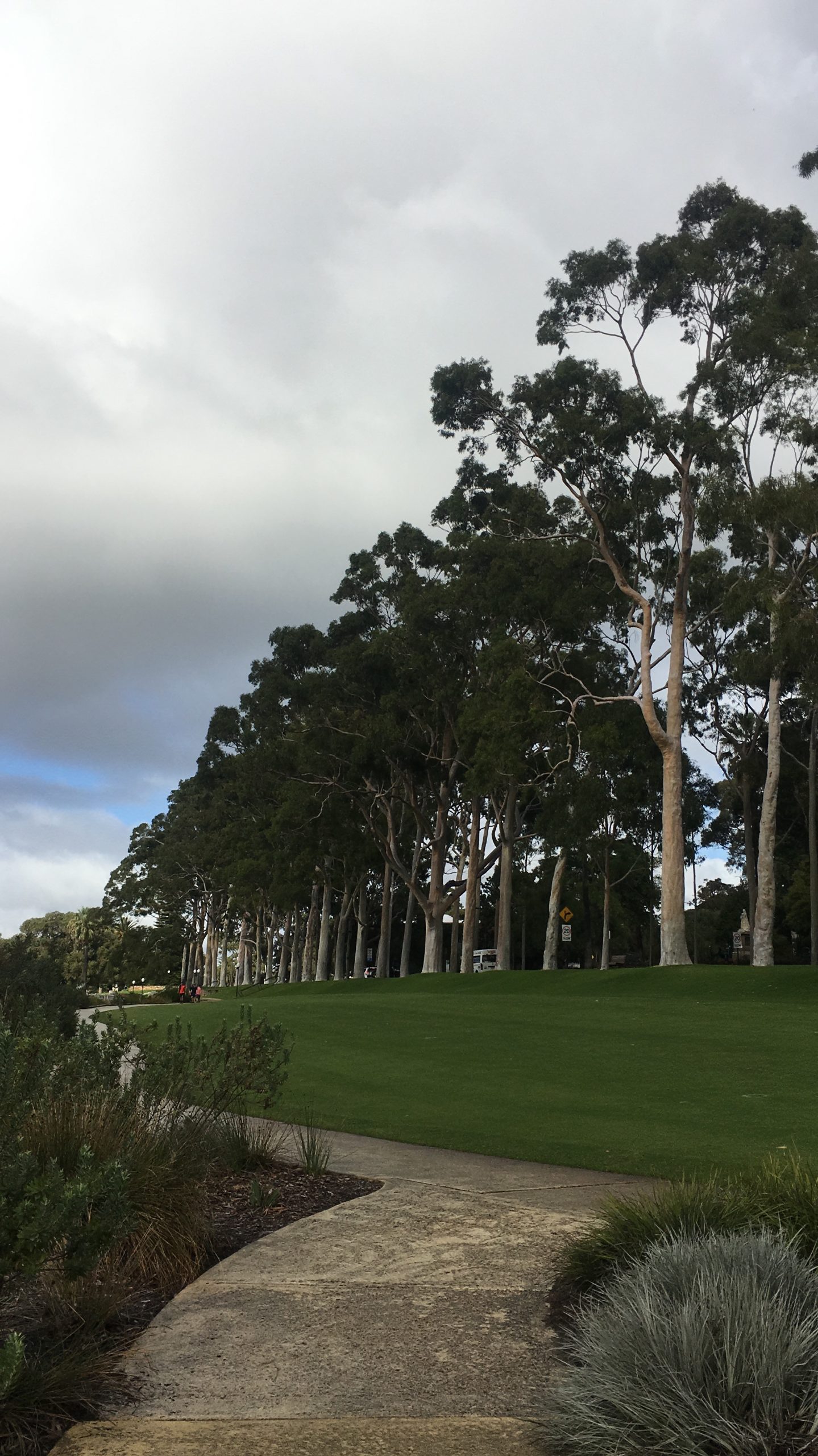 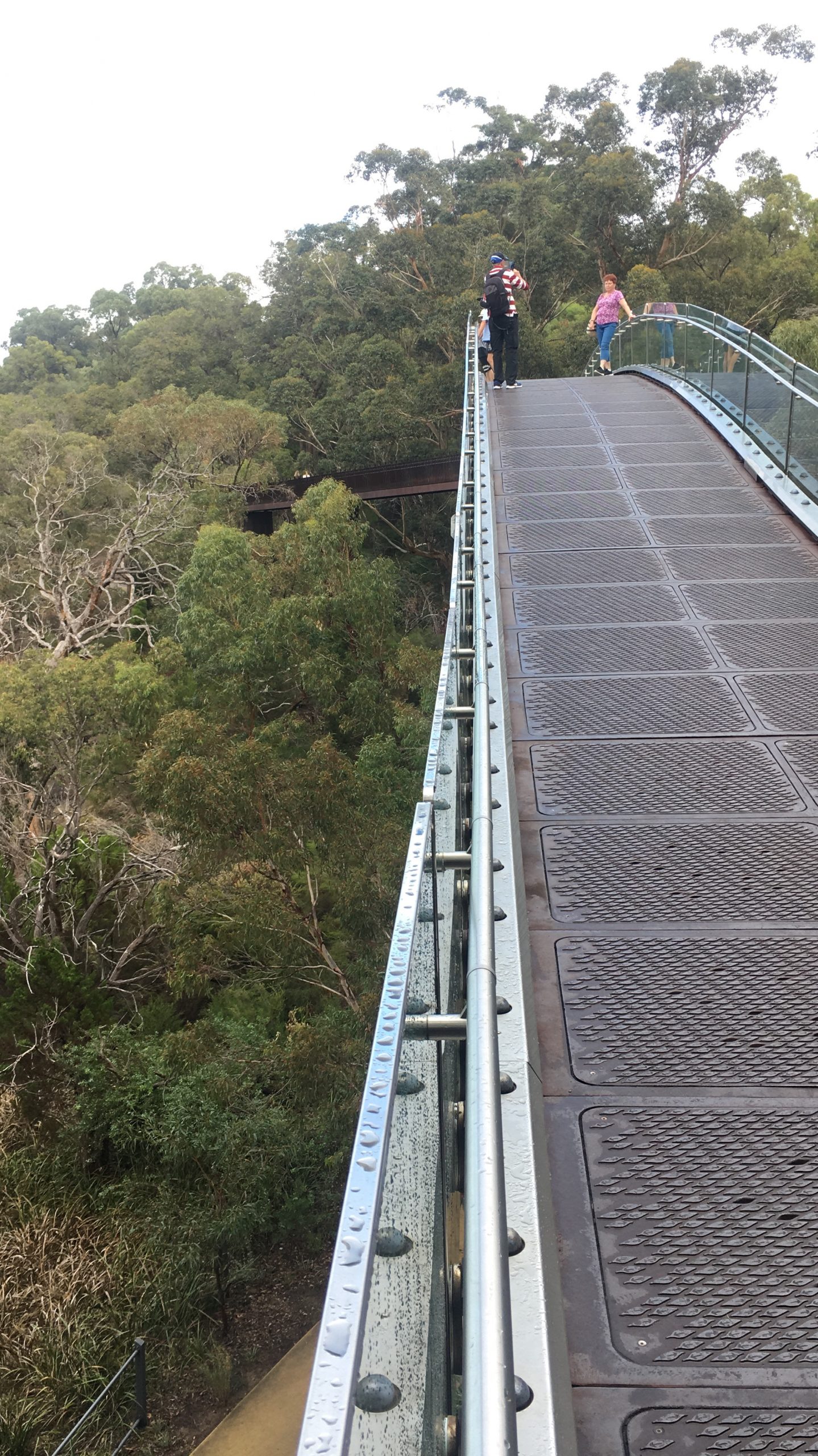 Hopefully you enjoyed your time in the city!

Let's head on over to our next location. we will heading to is Fremantle.

We will heading to Fremantle.

An easy way to get there is to catch the train, so let's go! 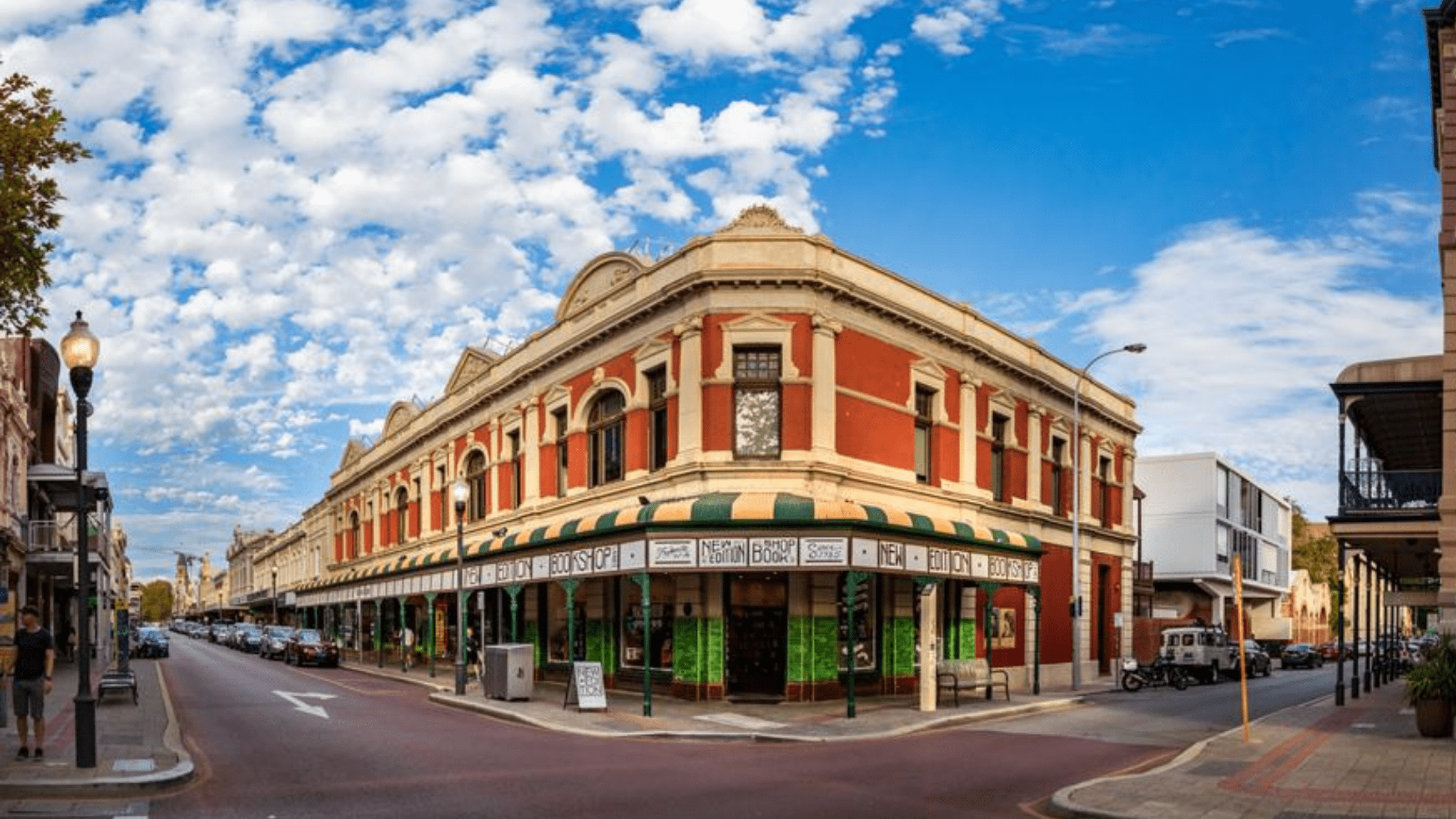 Wow, that was fast!

I'm sure you will end up falling in love with this place.

I will be giving you a brief history lesson on Femantle before we start walking around.

Fremantle, known as a port city in Western  Australia is located at the mouth of the Swan River.

Swan River is in the metropolitan area of Perth.

Want to know what the Western Australian vernacular diminutive for Fremantle is?

If you guessed Freo, then you're right!

Before the British settled here, the indigenous Noongar people lived in the area for millennia.

Instead of Fremantle, the city was known as Walyalup ("place of the woylie").

Dutch explorers visited in the 1600s.

Swan River colonists were the first to settle the area in 1829.

The city is named after Captain Charles Fremantle.

He was an English naval officer who ended up claiming the west coast of New Holland as British territory.

During its first decades, the settlement struggled.

In 1850, Fremantle became Australia's primary destination for convicts because of the advent of penal transportation to the colony.

It is now a World Heritage Site.

There is so much history in this city. 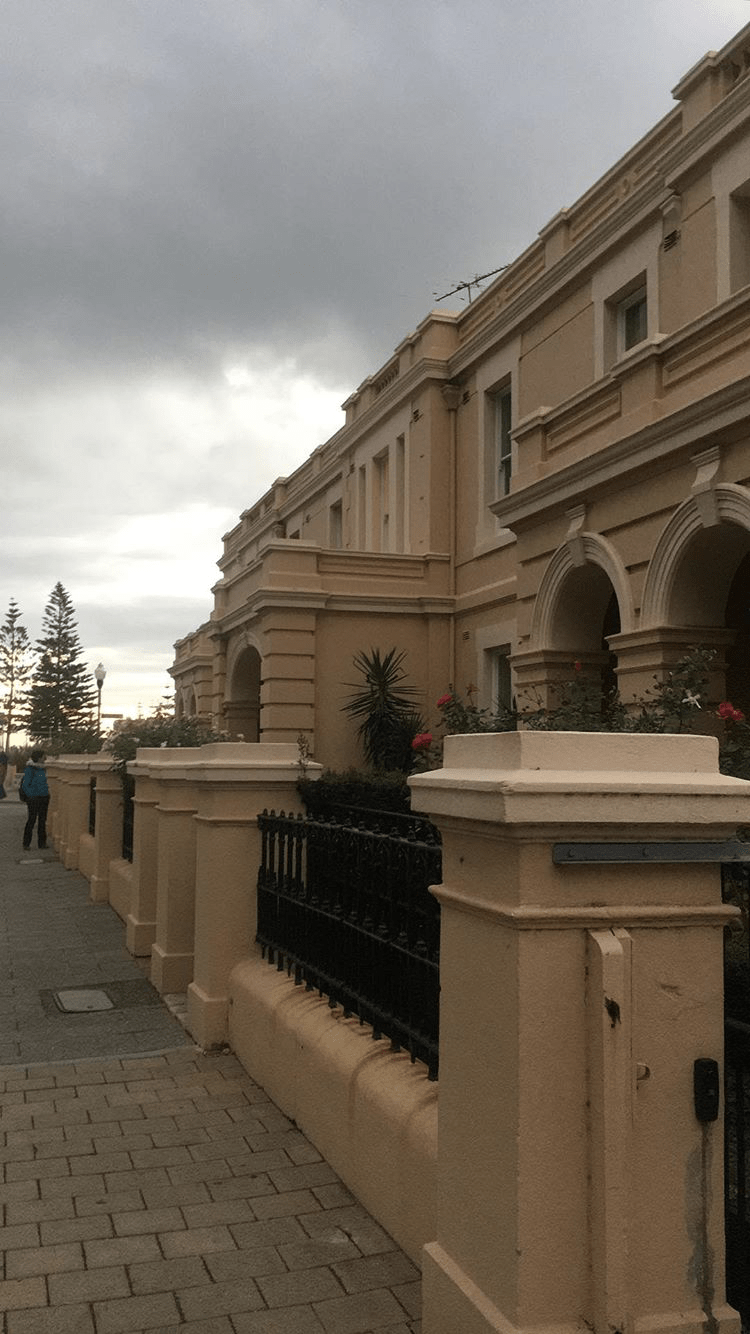 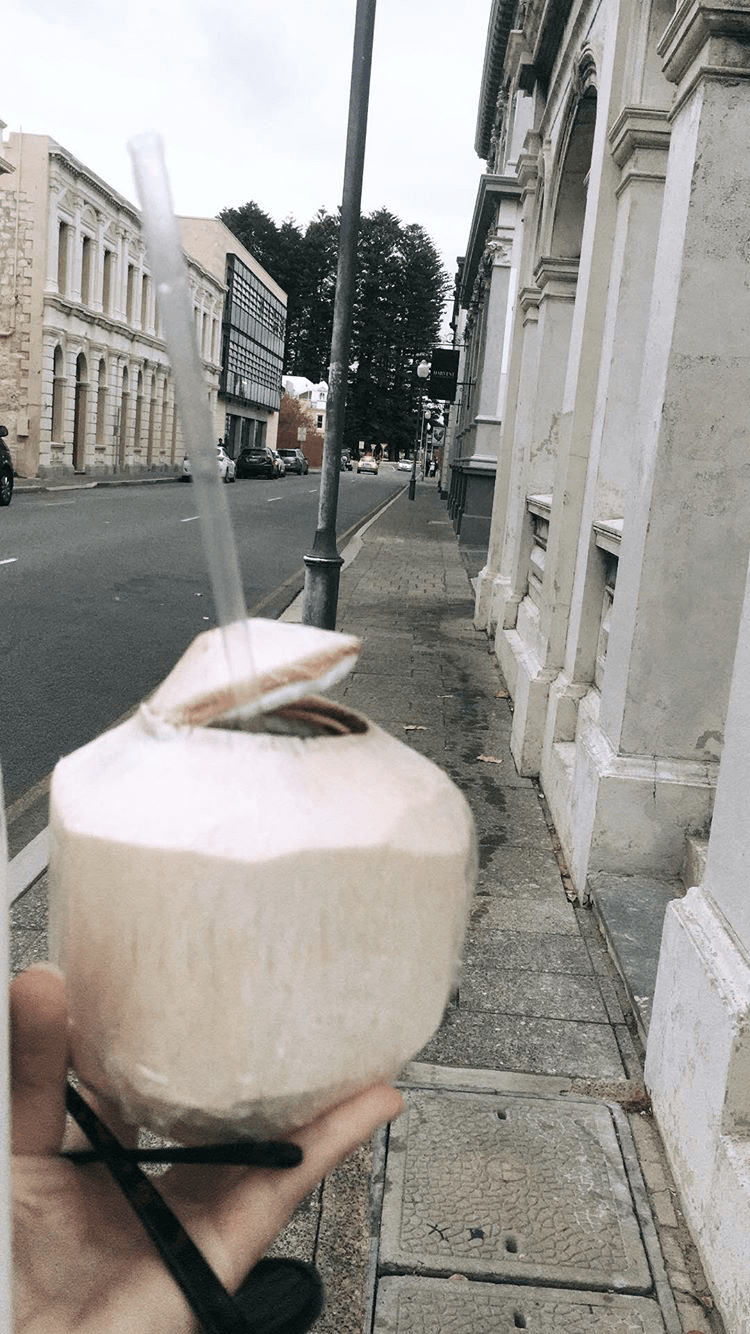 Rottnest Island will be our next stop.

I'm so excited to share this Island with you!

I cannot wait to introduce you to my favorite island!

We will have to catch the ferry to head across the waters to get to Rottnest.

The Rottnest Island Ferry is much larger than the one at Penguin Island.

Don't be surprised if you see quokkas running around.

They may even visit your table if you decide to eat at one of the resturants.

Just don't let them bite you.

Now that we have arrived at the island, let's get our bikes and ride around. 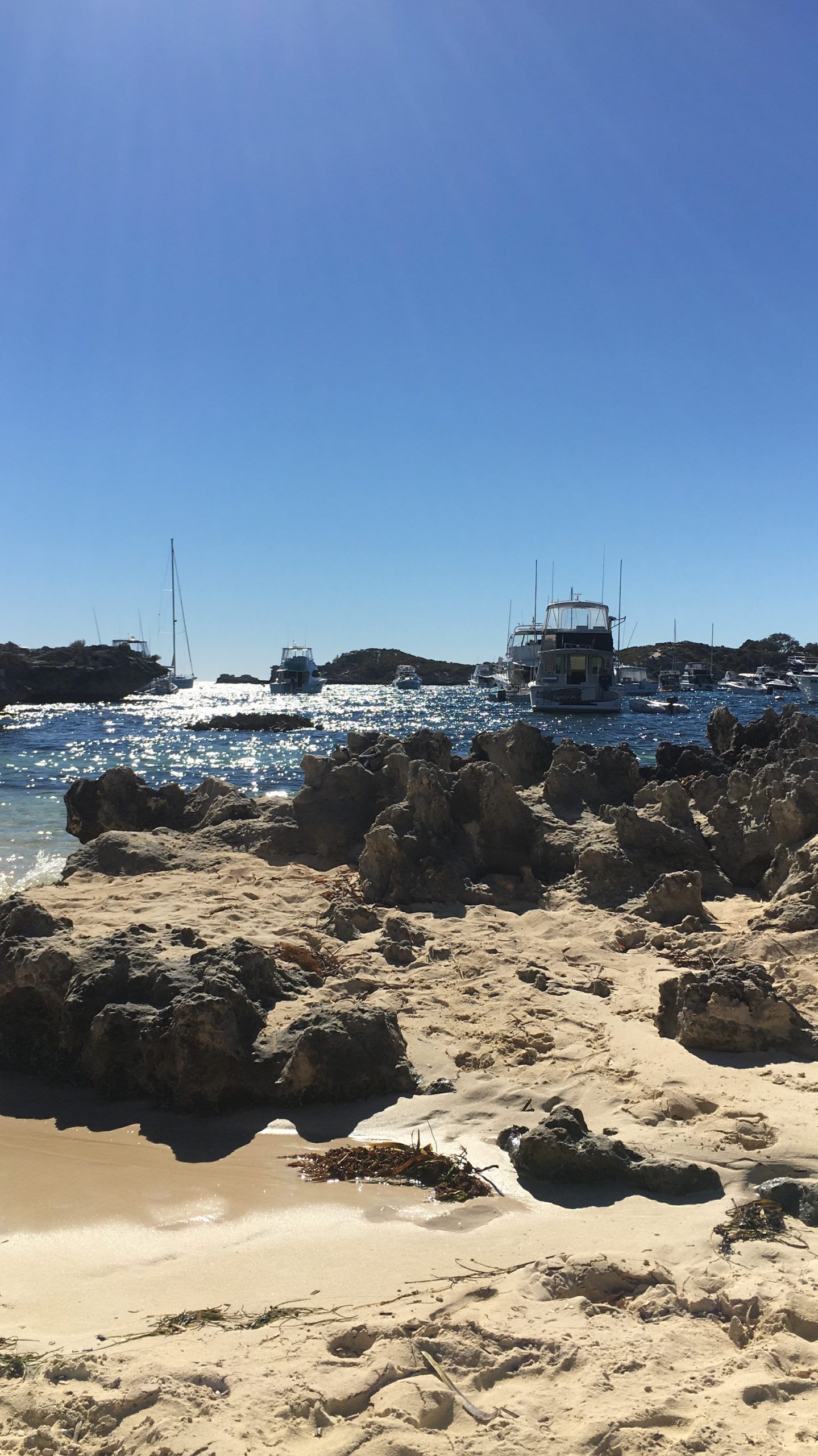 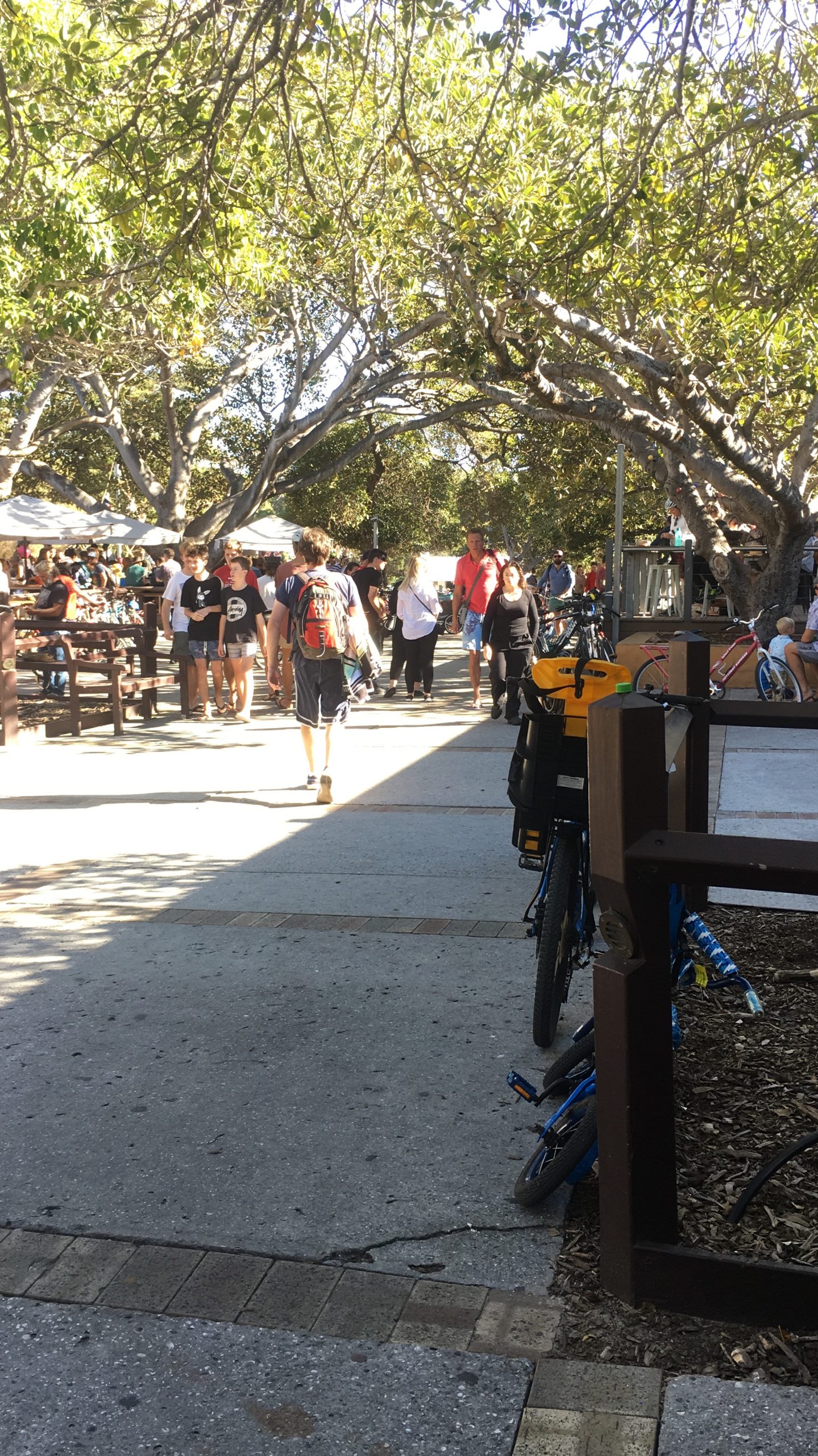 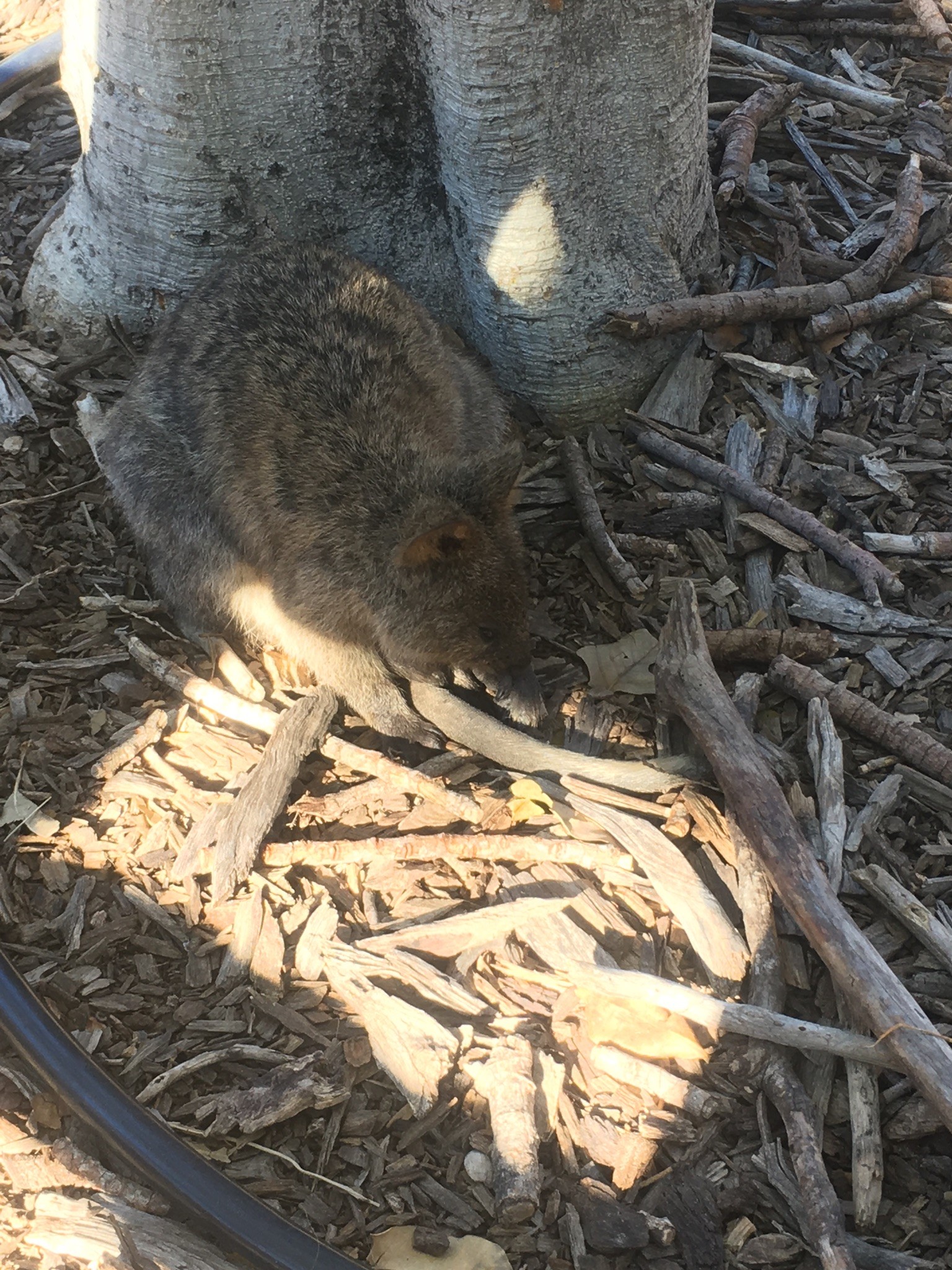 How amazing were the views on your bike ride?

Rottnest Island is a great place to spend your day at.

There are also cabins avaiable if you are wanting to stay for a couple of days.

Can you spy the ferry arriving in the distance?

We better start walking over or we might miss our ride.

After we get off of the ferry, we will head on over to Freemantle to eat some gelato and discuss all of our adventures we've had around Western Australia so far.

Before you leave Western Australia, I recommend checking out Margaret River.

When I was over here, that is one place I didn't take the time to explore. 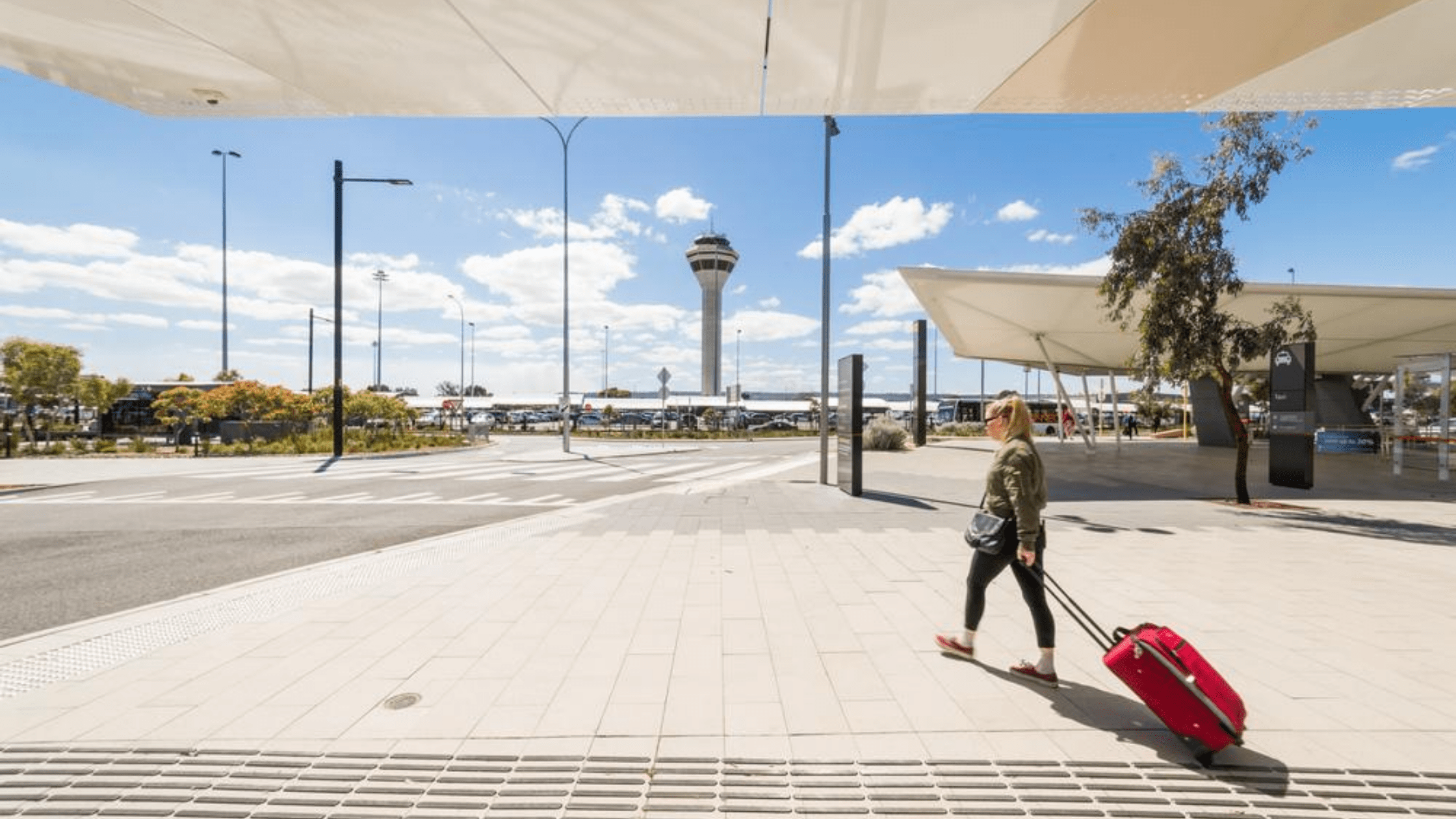 I hope you enjoyed your journey around some of the top hotspots in Western Australia!

There is so much more to explore in this great region, but we will have to end here.

I'm sure you will be returning sometime soon.

The closest airport is in Perth.

You will catch a flight to either Melbourne or Sydney, and then from there to Los Angeles.

Looks like your Uber driver is here to take you to the airport.

Have a safe flight! 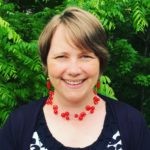 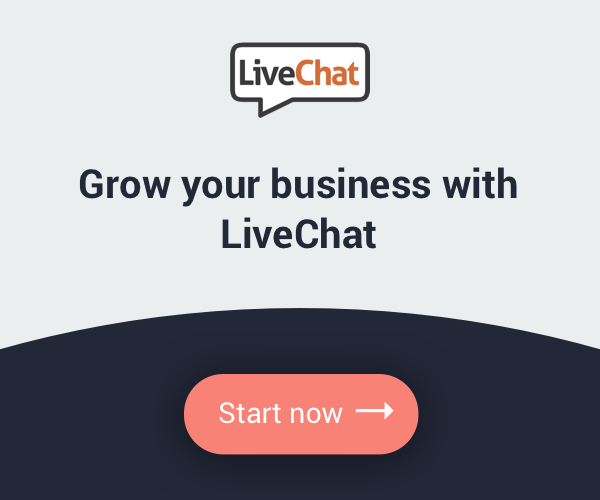